CK: Long Way North is a completely different style with a completely different story. This is the reason why I love 2D animation so much because you can do all these different styles in the Art Direction phase and choose the best one to tell your story. I think that the limit of 3D animation sometimes is that it tends to look more or less the same. Similar character and background designs and this is not only when it comes to the big studios. I mean we are doing Animation, which means we can create whatever our minds can imagine. I’m certain I’ve heard somebody claim that the great Walt Disney once said exactly that, and it’s very true. We should continue to challenge the visual medium in every direction. Creating 2D Animation is like having a different style for each story and perhaps even more than one style within the same movie if the story allows it. I think 3D will absolutely go there at one point but for a long while and still many thinks that the audience only wants a particular style. So many are afraid to go in a completely different direction. The first studio that realizes that’s not the case, I mean that audiences of course want a good story but not necessarily with the same design, would gain a lot. People want to be moved and the design should marry the story completely. Again a studio that discovers that would re-define 3D Animation and taking it to new heights.

“At the premiere in Annecy, someone came to us and said ‘I forgot it was an animated ﬁlm because the style really completes the story'”

CK: For Long Way North, our Director came up with this unique style. It was like watching a painting come to life, as if an artist painted every single frame of the film. The scenes were done like this with paintbrushes in Flash (Picture 11-14). It was a nice challenge after doing Song of the Sea. The experience was all new but also fun for us.

AW: I think this film has a stronger contrast. Again my first impression was almost like having a Renaissance painting starting to move, but simplified of course. It’s impressive to watch these great artists creating all these digital images and still having them feel painterly.

CK: Surely we tried to push for different ways of doing it. It’s true that the overall description is more mature and not such a magical journey like Song of the Sea. This is a story about a girl who escapes from home and tries to find her missing grandfather. It’s a completely different risk all together. But then again it doesn’t need this magical touch due to this is a drama piece and not about magical beings. With Song of the Sea, you needed the magic. However Long Way North can be as realistic as we dare it to be, still considering that we are creating entertainment for all ages. At the premiere in Annecy, someone came to us and said, “I forgot it was an animated film because the style really completes the story”. It was so nice to hear because that is one of our main goals when we go to work every day.

A challenge to work with 5 different countries

AW: If possible, could you please tell us the most difficulties you experienced in managing the international project from five different countries?

CK: It is complicated at times no question about that. I think the biggest disadvantage is that it can be a long wait sometimes. One example is that obviously we can’t start production before each co-producer is financed and the more you bring on-board the longer it usually takes. Obviously you can’t start until everybody has secured their agreed budgets which totally makes sense because your finance is part of the overall budget. Also you have to take into consideration that if an application gets rejected you would have to seek that missing part of the budget somewhere else. Most times you won’t be allowed to start without a complete budget. So sometimes it takes 1-2 years before one can start production and this means you have to be extra careful when you are hiring for that specific project. Also the decision making process is somewhat slower when you are dealing with 5-9 Producers than just 2-3. 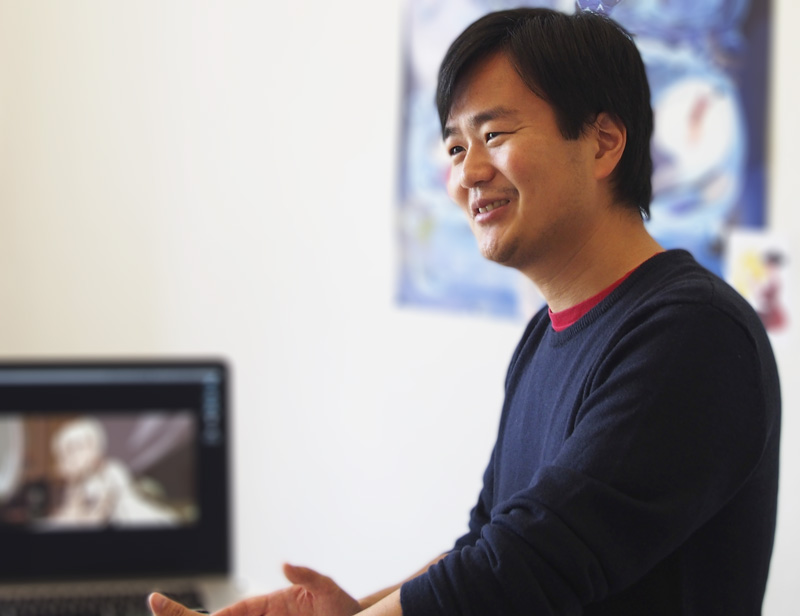 CK: The advantage, though, is that we can have a more creative freedom. In Hollywood, the project can be approved immediately and then you can start right away. That’s better without the wait. But I think the good thing for us is that once we have the money, almost nobody ever questioned the material throughout the film making process. I know a lot of studios that have to deal with investors who can change things in the middle of Production that can lead to very stressful situations. So once the script was done and approved and the money was secured, we never worried about the creative vision and trusted our Director completely.

Nobody said anything in that regard which was nice to work under. The thing is we wouldn’t have gotten any money if The Film Funds didn’t like the project. We would simply get a “no”. I think especially on big budget films you have a tendency to have a lot of opinions all the way through the creative process. Sometimes big changes are made just before the release. It can work in its favour but usually that is not the case.

AW: So, you can have that creative freedom.

CK: Yes, you can have total creative freedom in that sense. Nobody really questioned artistically when we did Song of the Sea and Long Way North. Again if they don’t like the script, they won’t give you their support. But I think that’s a better way of working for me at least. It was much more about the overall set up knowing that we and the partners involved were up to the task, the investors trusting us to make the film we were set out to do based on the material already produced and our past experiences combined together. So in one way it’s more about – can we really do what we say we can? But after that evaluation, all good! It just takes longer to make a film. But I think that advantage is a good one!

From being told midway, “oh, you have to change the ending”. That’s up to us to change now and come up with a new one even if the first one worked perfectly. Once they approve it, they don’t interfere. Only if we don’t finish it they would have to interfere of course. It can work for big studios like Pixar, Aardman and Studio Ghibli as they did and really trusted their creative team but it’s very rare to find that set up. Usually some always have an opinion but it’s very hard to change once production starts unless you have unlimited budgets. But yes it can be very frustrating to go back and change something that works just because somebody suddenly want to change it because that person feels its his/her property and want his/her finger-print on it.

Being creative is fun

AW: I see. What was the fun part through the journey of making Song of the Sea?

CK: The fun part? Obviously we work in a business where it’s creative. That’s the fun itself to be part of something that we invent with other people. It’s also great fun to collaborate on the story if you think there could be a better way of telling it, even if it may not be working out at the very end. It’s still up for discussion, one we take really early so we’ve tried out all possible solutions. To be included in that process is very nice because everyone is creating!!! That’s also why I don’t like just being a service studio because that means I will take work that has already been decided. Maybe we have some better ideas but we can’t do anything about it. In the way we work, if we’ve got an issue with something at least we can optimize and discuss and make improvements not only creatively but also production-wise. 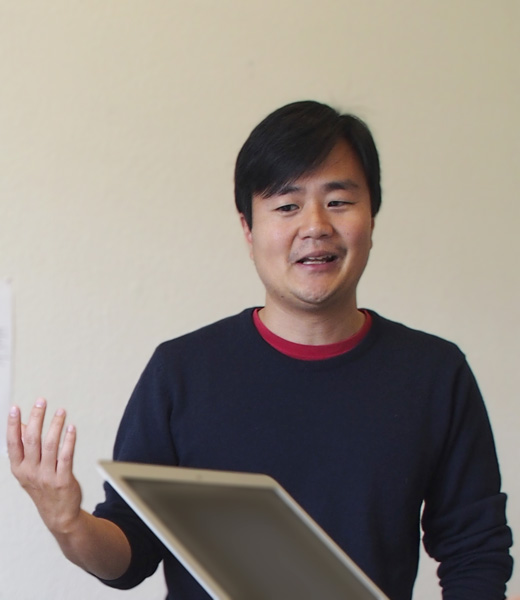 “There is no recipe for making a film”

AW: Did your experience of Song of the Sea influence your way of working for Long Way North?

CK: I learned so much doing Song of the Sea. We took what we learned onto Long Way North, which made a lot of improvements for the crew. I also had new problems on Long Way North, but that’s just another experience to learn from and take on to the third film, and so on and so on. There is no real recipe for making a film as every film is different anyway with new story, production pipeline and talents, a whole new experience totally. You just have to go into it with the faith in everybody doing their job, and then work hard each day. I think it’s the experience with all these different people that taught me the most.

Making films is a team work. There could be 200 people. Some people I would never even meet because they work in France or somewhere else. I think you have to understand that bringing so many people together and trusting one another doing the best work possible is not easy sometimes, especially when you have so many different cultures involved. What I always tell people is that is when you learn the most. You don’t learn a lot by everything going fine. I actually always look at the films we did in the tough times and that experience is what is worth a lot to me. I’m drawn to the two years that we all worked together and we made the best out of it.

I love this business a lot. It’s probably because I can always learn something new. If I did the same thing over and over, there’s no risk and I don’t evolve basically. I think I evolve through every film because they offer me a whole new set of challenges. Every project is so different. I actually like that it is a challenge to make it. If it was easy to do, then there would be no effort and everybody could just do it and then it’s not so interesting because you get a bit lazy. Every film is such an accomplishment that takes years of commitment, many people’s time and focus and if you could do that without any effort then it’s not worth so much in a way. Making films can be pain and stressfully worrying but also fun, creative and amazing at the same time. We all do the best we can, otherwise we won’t make it. Many things can go wrong, like just two or three people not doing their job, it could be a big thing and then the film wouldn’t be made well or at all. So, I think especially making films even if hard it’s probably what makes it worth something because in the end of the day you all go towards that goal and that’s satisfying. I try to use the negative things and turn them into a positive thing.