HN: How was the production studio of the film decided to be POLYGON PICTURES?

Mitsugu Iwano: Of course, it was one of the things we had to decide in the first stage of this film project; whether we would make the film as a traditional 2D animation or as 3D CGI. And Mr. Obata suggested to me: “Let’s go with 3DCGI.” Then, I replied: “If 3D CGI, what studio are we going to work with?” And he said: “How about POLYGON PICTURES?” This was a brief recount of the kind of discussion we had.

Toshiaki Obata: We, SlowCurve, was one of the members of the TV animation series project Knights of Sidonia, in which POLYGON PICTURES created the animation. When POLYGON PICTURES was making Knights of Sidonia, they were also making the pilot of the animated feature BLAME! (2017) at the same time so that I could see their greatness of expressing the universe of both sci-fi works next to them. All the time since then I wanted to work with them. And, I think it is needless to say, but POLYGON PICTURES, which has an international reputation, is the best Japanese studio to collaborate with for a film project aiming for the global market. So, I asked Hideki Moriya, vice president of POLYGON PICTURES, directly.

HN: Could you please let us know what you think are the attractive points or the highlights of this film?

Mitsugu Iwano: As I told you, I produced this film because I wanted to make a film of a dark hero. And I think action scenes are very important elements for a dark hero story. As you know, Mr. Kizaki is a director who is famous for the greatness of action scenes in his works. Actually, this is his first 3D CGI animation, but he completed a lot of spectacular action scenes, which are definitely worth seeing, together with POLYGON PICTURES through much effort. So, I hope indeed that the audience will enjoy the action scenes in the film.

Toshiaki Obata: As with Mr. Iwano, action scenes are the big attractive points of this film. I also think that Youzo Oba’s wavering heart and emotions are also the highlights of this film. He faces variety of fates and trials, and then he chooses the path of his life by himself for the first time in his life. I feel that currently the number of young people who live a predetermined life or someone else’s life is increasing. So, I would be happy if the human drama, where Mr. Oba makes the decision of his path for the very first time, will reach the hearts of the young audience. 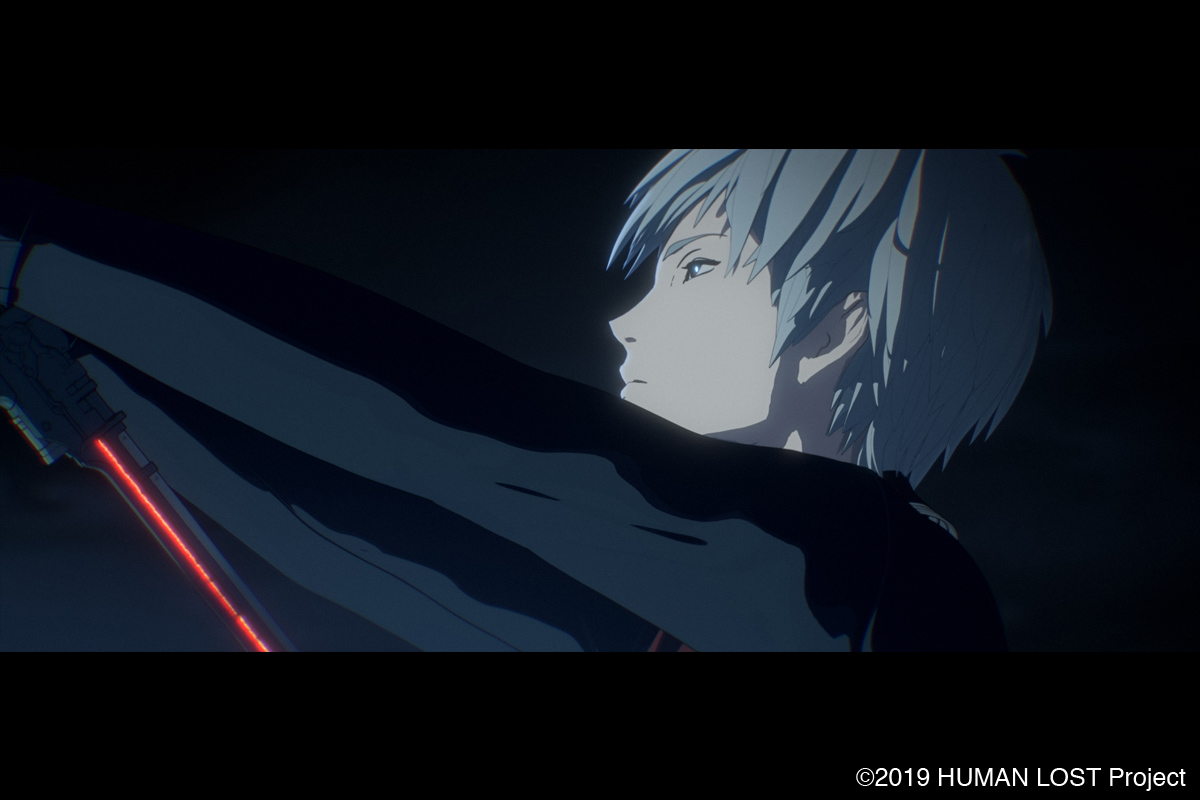 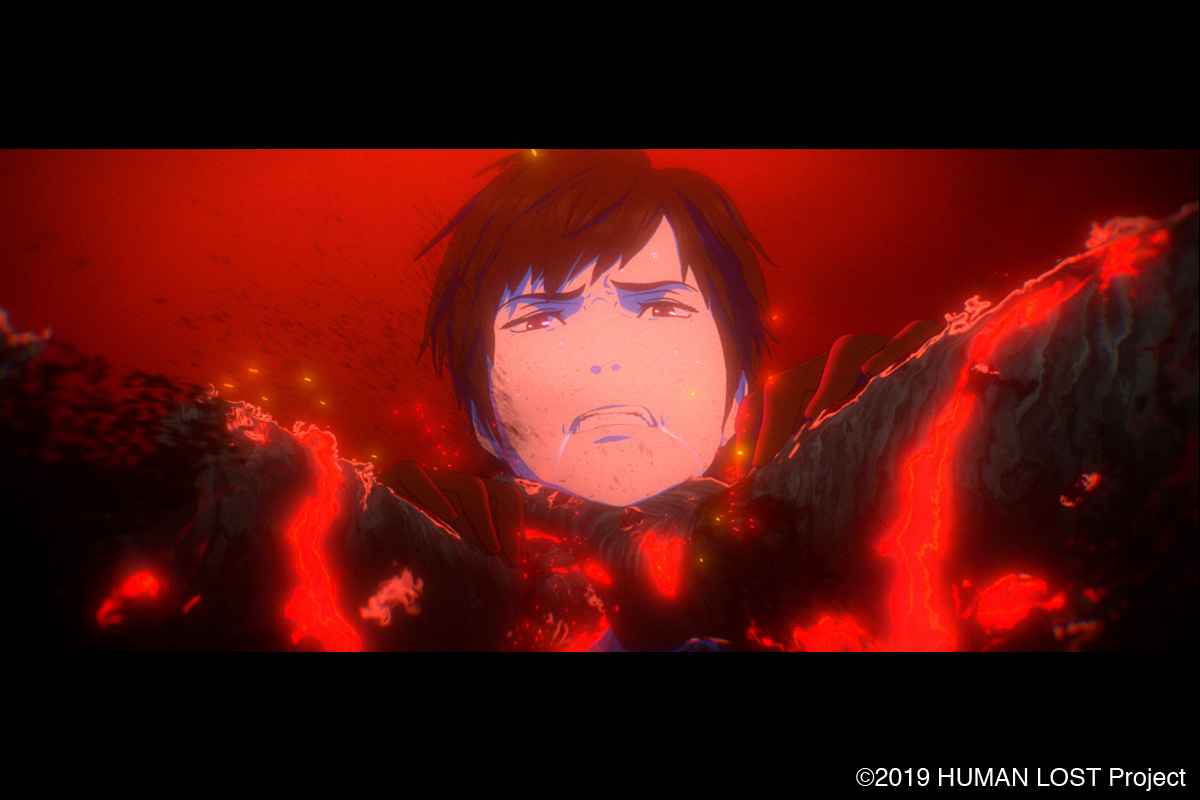 HN: What kind of experience or message do you want to deliver through this film?

Mitsugu Iwano: It’s a bit technical, but we could accomplish visualizing and animating the 3D CGI characters almost the same way as in traditional hand-drawn 2D animation. There are many scenes where you might think: “I can’t tell whether this is a 2D animation or 3D animation.” The visual experience of the 2D-animation-style 3D CGI POLYGON PICTURES achieved is outstanding, so I want the audience to look at it carefully.

Toshiaki Obata: Since I told you that I wanted to make this film as a strong sci-fi title, where people will list it next to Akira and Ghost in the Shell, I hope the global audience will have a positive impression, which can match their impressions of the two films. For example, “Oh, a sharp sci-fi animation has arrived for the first time in many years”, “There hasn’t been this kind of animation since Akira”, and so on. I would be very happy if they have these kinds of impressions from our film.

As I mentioned about the protagonist, Youzo Oba, a little while ago, I want the audience to be able to find something inside the characters in this film that they see in themselves as well, and it remains in their heart and makes them think about it. I hope they will bring back that kind of feeling from the theater after watching the film.

Of course, the action scenes in this film are great, so I think they are enjoyable to watch.

Mitsugu Iwano: We don’t intend to make the audience feel refreshed by watching this film, so I believe each audience will find at least one thing in this film which makes them think “hmm…”

“Mine has been a life of much shame.”

Tokyo, 2036 (Showa year 111): a revolution in medical treatment has conquered death…
By means of internal nanomachines and the “S.H.E.L.L.” system whose network controls them, human beings suffer no diseases, require no treatment for injuries, and are guaranteed a 120-year lifespan, free from illness.
Yet this consummate social system warps the Japanese nation in a host of ways: unresolved economic disparities, ethical decadence resulting from deathlessness, grave environmental pollution, and the “Human Lost” phenomenon, in which people themselves, disconnected from the S.H.E.L.L. network, become malformed.
Japan teeters wildly between two potential futures: civilization’s restoration, or its destruction.

Atmospheric pollution suffuses “Route 16” in the Outside–the area outside the Route 16 beltway. Yozo Oba, who lives an idle, drug-saturated life, joins Masao Horiki, a mysterious man who associates with the drag-racing gangs, on an incursion Inside–the area within the Route 7 loop where the privileged class lives–only to be embroiled in a violent struggle. When he encounters a malformed sufferer of the Human Lost phenomenon, a “Lost,” Yozo’s life is saved by Yoshiko Hiiragi, a girl of mysterious abilities who belongs to the anti-Lost agency H.I.L.A.M., and he discovers that he himself also possesses extraordinary powers…

Degradation and death. Life and hope. Buffeted by fate, a man tears himself apart and cries out. Rage. Sorrow. Pathos. Consumed by despair and bitter tears, Yozo Oba is himself transformed into a demon.

A human lost… or a human who can find himself?