A TV Anime series Demon Slayer is the anticipated anime adaptation of the hit manga series of the same title (Original Japanese title: Kimetsu no Yaiba) by Koyoharu Gotoge. The original manga has been serialized in the most popular weekly manga magazine in Japan, Weekly Shounen Jump (Shueisha Inc.), since 2016, and 15 volumes have been published so far. The total sales of all volumes is over 5 million (as of April 2019). The Japanese animation studio, ufotable, which is famous for the TV anime series Fate/Zero (2011,2012), Fate/stay night [Unlimited Blade Works] (2014,2015) and Tales of Zestiria the X (2016,2017) and an animated feature trilogy Fate/stay night [Heaven’s Feel] (2017, 2019, 2020), is developing the animation. 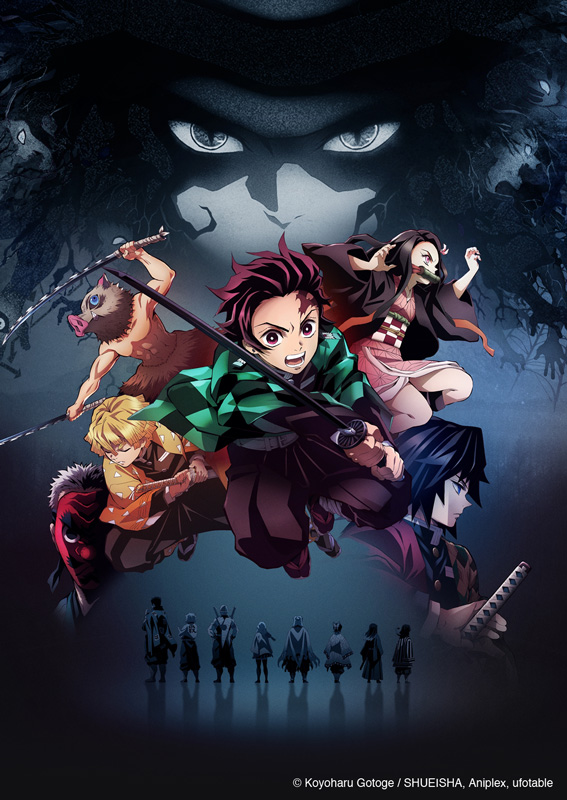 It is currently the Taisho Period (the early 1900s) in Japan. One day, Tanjiro, a kind-hearted boy who sells charcoal for a living, finds his family slaughtered by a demon (Japanese: Oni). To make matters worse, his younger sister Nezuko, the sole survivor, has been transformed into a demon herself. Though Tanjiro is devastated by this grim reality, he resolves to become a “demon slayer” to find a way of turning his sister back into a human and avenge his family. The siblings’ sorrowful tale, where the fates of humans and demons intertwine, begins now!