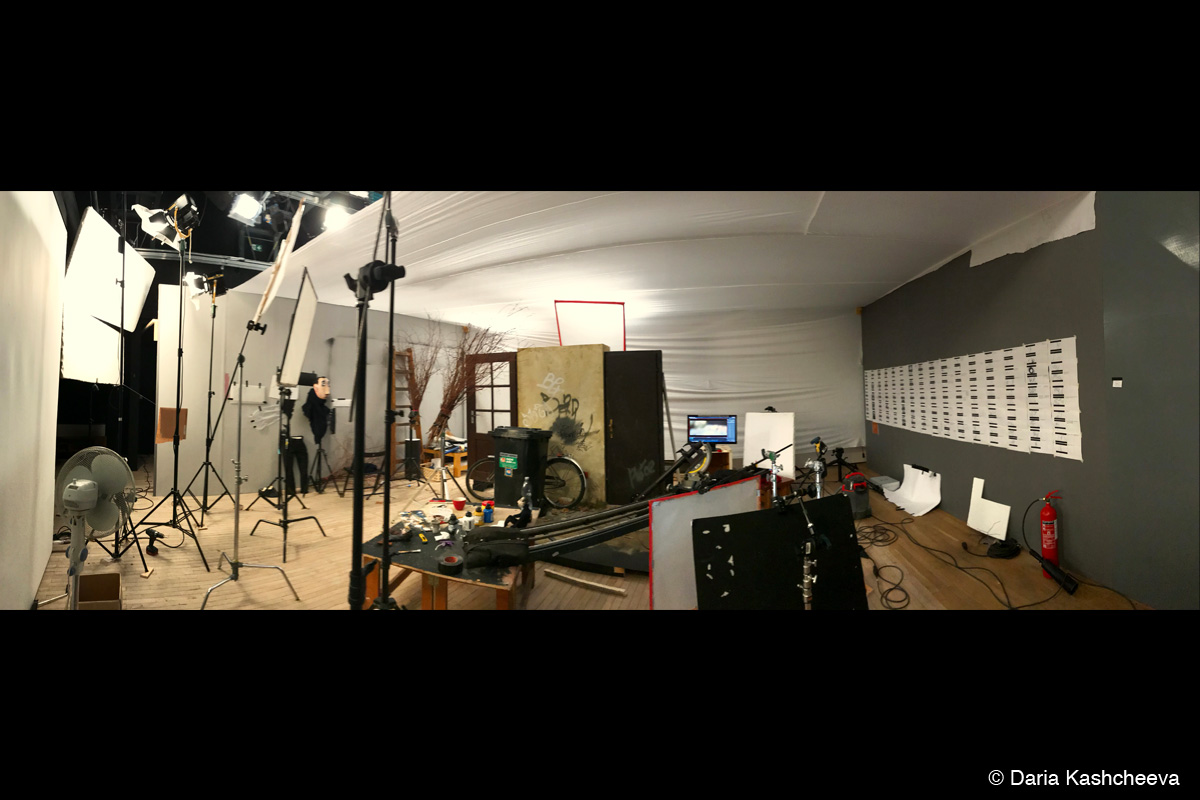 HN: The transitions of each scene guided me to understanding and allows me to follow their emotions easily. Could you please let us know what things did you take care of in developing the structure of the story?

Daria Kashcheeva: I like the advantage animation gives in using transitions and transformations, which allows connecting the scenes using metaphors and associations. When I wrote the script, I consciously figured out how this advantage could help me tell the story and show the characters’ emotions or thoughts. For example, the transition I used in the scene, when the girl falls down through the nest from her room to her dream, and afterwards she appears back in her room embracing a wall instead of her father, this scene was written I believe in the first version of the script. This transition helped me show her emotions and longing. It helped me show that it was her dream, something unreal.

We also worked with the structure in the editing room, when the animation was completed. We knew from the script that we wanted to use a flashback in prologue, but in the editing room we decided to add another flashback by bringing a part of the hospital scene to the middle of the film. It allowed us to remind the viewers that the whole story is a memory. It also allowed the second part of the memories to be shown through the father’s perspective, as the second flashback grows from his mind.

HN: I came across some impressive camera work, which really made me feel the daughter’s emotions, such as zooming in on her, strongly defocusing the background, and subtle vibrations. Could you please let us know your aim of effects from the camera works throughout the film?

Daria Kashcheeva: I have always admired the work of the camera operator, with the movement of the camera, the use of light and depth-of-field. I am a film buff and often visit film festivals.

In summer 2017, when I was thinking intensely about my bachelor’s movie, I spent a week at the Karlovy Vary Film Festival. During one projection, I thought, “what if I used a hand-held camera in my animated movie?” The idea sounded crazy at first, I couldn’t imagine at all how I would do it, but at the same time I found this idea inspiring, I felt that dramatically it would work perfectly! I wanted to make the documentary-like atmosphere using the camera movement as well to draw viewer deeper into the story. I tried to create the feeling that there is a cinematographer behind the character. The cinematographer is a curious observer, but he is also quite shy and doesn’t get his camera too close to the character. This imaginary cinematographer is closeby, but always behind or on one side of the character, never being in front of.

I also deliberately created delays with the camera movement when the puppet has made any movement to give the feeling that the cinematographer cannot know what will happen, as he is observing the situation right now and there. I think this helps viewers identify with the cinematographer and to feel themselves more involved to the story. As for defocusing and the small depth of field, it helped me to concentrate the viewers’ attention more towards the characters and their emotions, but not on the space around them. That is why I also used mostly close ups. 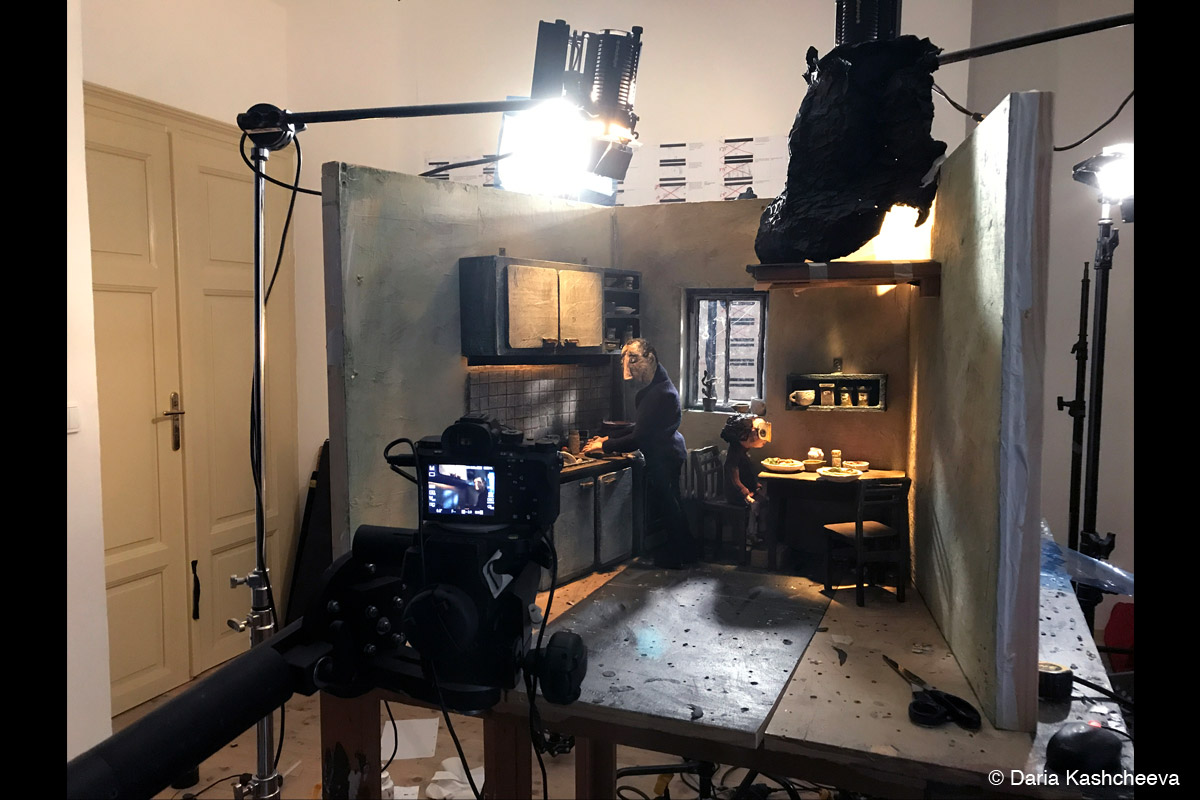 HN: I would like to hear how you’ve encountered stop-motion animation and the reason you chose stop-motion as your way of telling stories.

Daria Kashcheeva: I hate to work in front of computer all the day. I like to move, to work with my hands, to touch, to paint, to be dirty, to go to hardware stores and to come up with ideas on how to make furniture and props. It is so fun.

Also, I admire the work of the camera operator. I love to work with light, because the light could create such different atmospheres within the same set! In drawn animation, you could have all the animation under your control. But sometimes when I animate puppets, I feel that they control me. It is such a strange feeling, but the puppet becomes alive and tells you what it is going to do and how long this shot is going to be. This is the incredible miracle that I love so much. 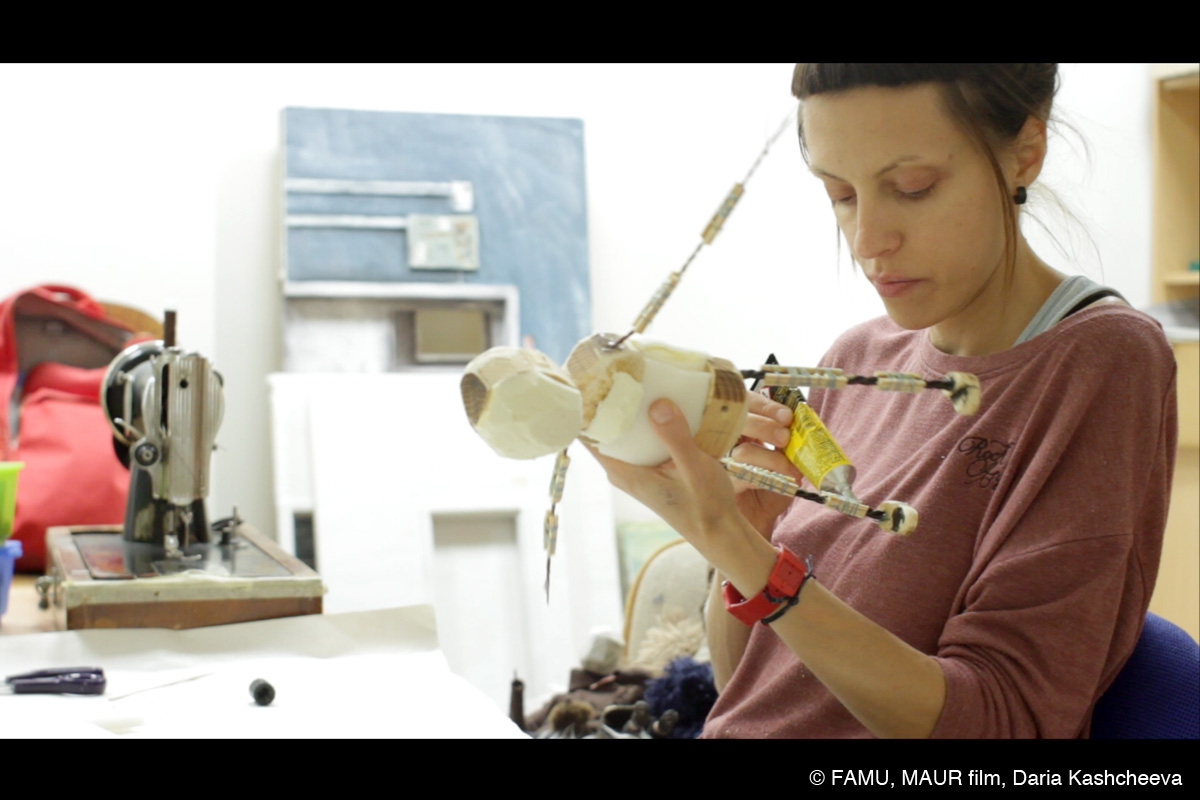 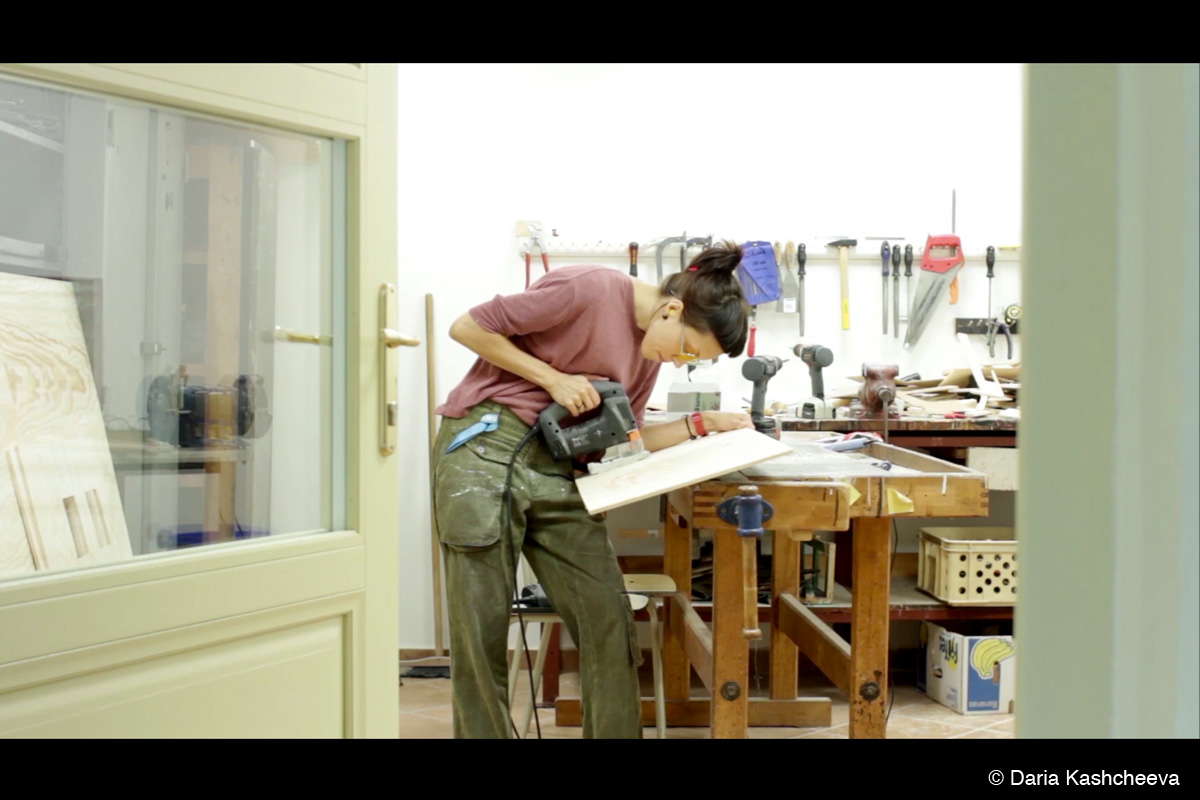 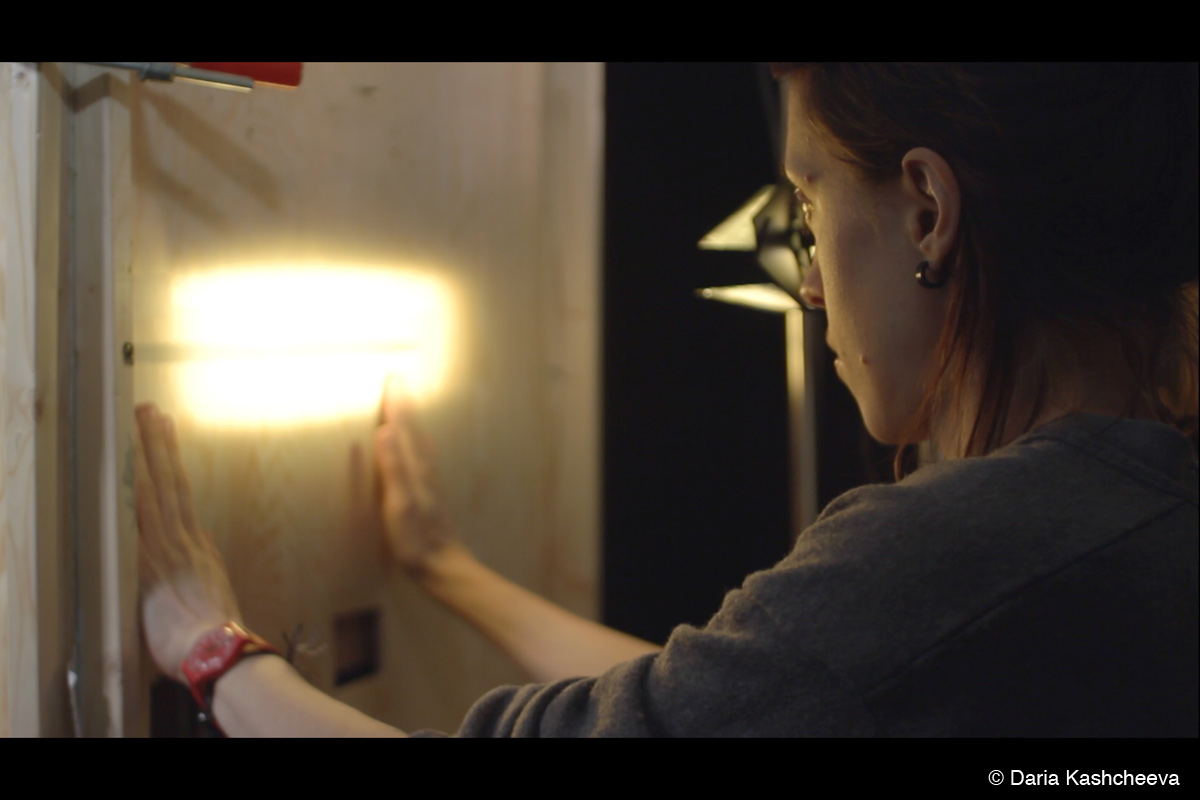