A new spin-off TV series titled A Certain Scientific Accelerator will begin its broadcast from July 2019. The A Certain franchise consists of popular novels, comics, animation titles, audio dramas, games and so on, all based on the story and the world Kazuma Kamachi created for his very popular novel series A Certain Magical Index.

The A Certain Magical Index novel is a magnificent adventure story of the protagonist Touma Kamijou, a young high-school student in a technologically advanced city named “Gakuen Toshi”. Gakuen Toshi is managed by an educational and research institution for cutting-edge science and technology including supernatural abilities.

In the A Certain Magical Index novel, Touma Kamijou one day meets a girl named “Index” who has knowledge of the Church of England’s 103,000 forbidden magical books in her brain and his magnificent adventure which involves many characters who can use supernatural powers and who can use magic powers. A Certain Scientific Accelerator is a side story of the novel series A Certain Magical Index focusing on “Accelerator”, who has the strongest supernatural powers in the Gakuen Toshi.

There is a huge city called “Gakuen Toshi”, west of Tokyo, Japan.

The population of the city is over 2.3 million and approximately 80 percent of them are students. The city has a special education curriculum for supernatural power development and students in the city are evaluated into 6 grades from, “No-ability (Level 0)” to “Ultra-ability (Level 5)”, based on their supernatural abilities.

“Accelerator” is a boy who is the strongest holder of supernatural power and remains the top of the hierarchy of the students who has supernatural powers across the “Gakuen Toshi”. His ability is exceptional among the only 7 students who are categorized as Ultra-ability (Level 5)”, therefore his daily life has been savage, rough and lacking of any kind and warm emotions. He experiences the repetitive experiments for him, which deviate from the typical student’s daily life, as well as his defeat after his journey to pursue the absolute power. However, the encounter with a girl, “Last Order”, lies in wait for him and will greatly change his fate.

Accelerator, the strongest and most evil villain, takes down the “Dark Side” of the Gakuen Toshi! 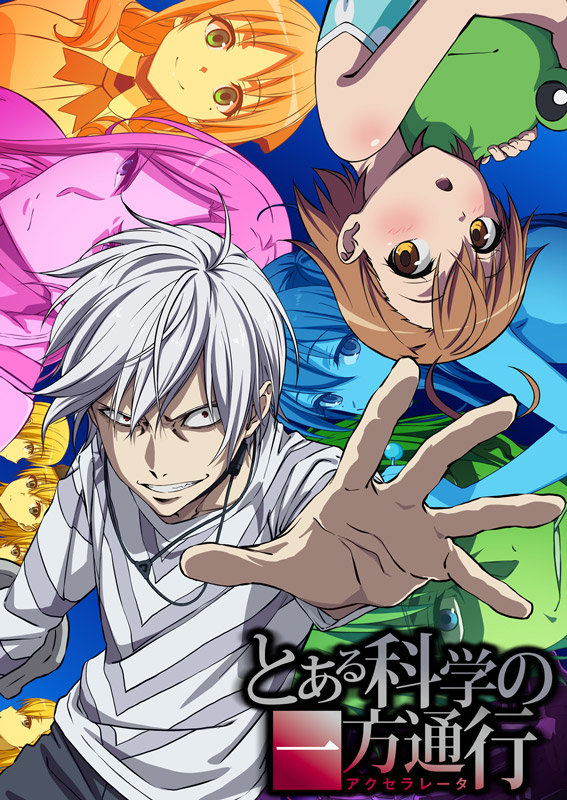