AW: We would like to ask three of you about your personal impressions about the completed film.

Mats Grorud: It’s a bit hard, because you worked so long on it. Of course, I’m happy with it, we had three screenings here in the festival, and people are really moved, but it’s not about my impression, it’s their impression. I’m happy it works in many ways, because I wanted two things: I wanted to move people, and I want to help somehow explain people’s lives, and I think now people understand and feel a little bit more.

I think overall we managed to reach our artistic goals for the film, and the film in the end became more than I hoped for, because the process was quite open as I said, I wanted input from the team. I was not afraid to open up my vision, which was very personal to me, because I felt the whole time that we kept the soul of the film. it was always there, so it was just having different ways to show it, and the team really helped me find those ways.

So for sure, the final film, as it is, is really a team effort. When I see it now, I’m touched by different kinds of scenes, and I’m a little bit surprised sometimes by what touches me. It is up for others to see it.

Hefang Wei: When you walk out of the film, it’s difficult to distance from it in a short time. When we watch the film, we remember so many details, and there are some problems that we wanted to solve, but we didn’t have time or there’s some other limitation. We know that every film we made had some limitations.

I guess you showed me three times on a small monitor when you were still editing, and it is different when the picture is on the big screen and the sound is around me. We were working on the film piece-by-piece, and now it becomes whole. We watched the completed film a few days ago with another animator from the team, and we felt so much emotion from it.

I’ve never been to Palestine and Beirut in Lebanon, but personally, I feel a bit like I travelled in the past, it’s like a story that you told about all those people in four generations in the film. It’s been almost a year after we worked on it, and we were talking about the acting, the feeling of the people. Now when the film finished, it all becomes true and real for me. I almost feel like I met them in the film before, so I would say that’s the power of this film project. 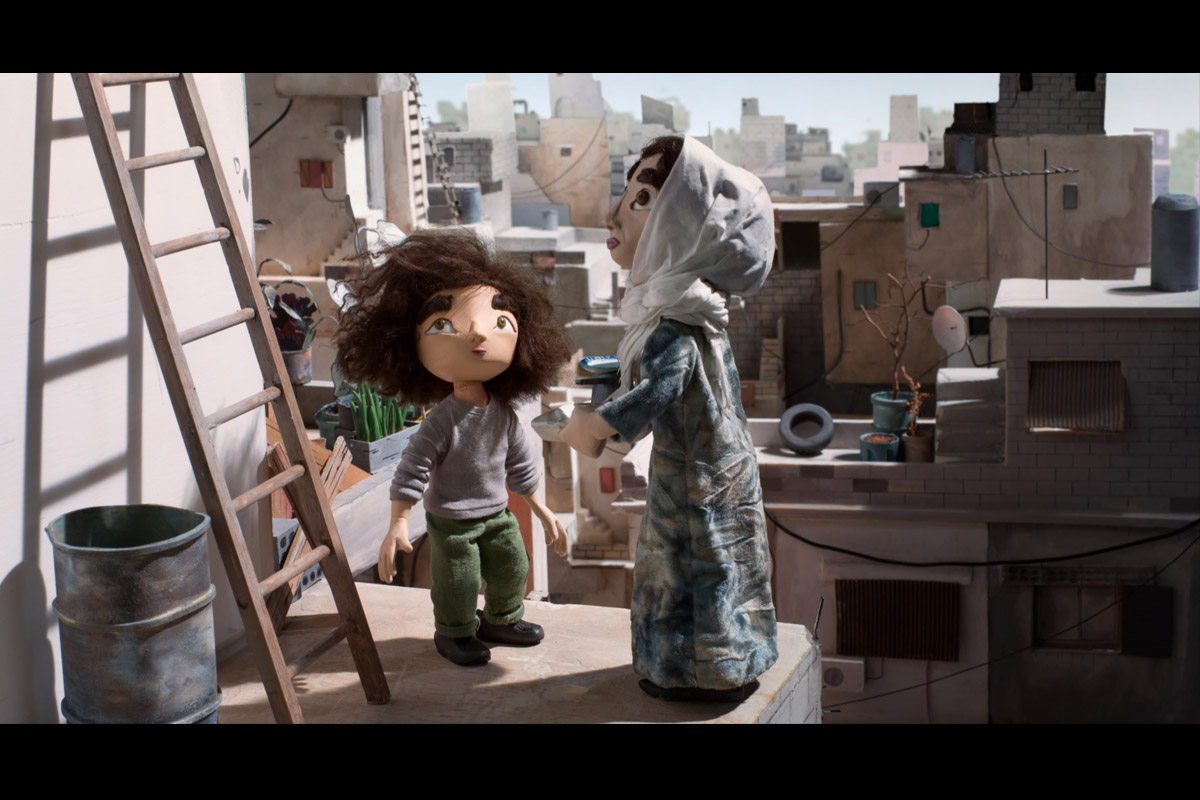 Mats Grorud: I had to tell the part of the team that haven’t travelled to Beirut how it looks, and what the stories are of people, to try to make them understand as much as possible. It’s not so easy, but we managed. I’m happy for that.

AW: Generally, this animation is dealing with a really difficult issue that’s still ongoing, and of course, much of the audience still hasn’t seen the reality, so it’s like a really big conversation from you to the audience.

I just wanted to know the difference between typical animation for entertainment, and an animation that has a really strong message, including the attempt to portray the world that we share, and giving an opportunity to think about that issue.

Hefang Wei: I personally feel that Matz has a strong message in this film. It’s not like some other films that seek out a new way of showing pictures. It’s not about the clothes the people are wearing, but the people themselves. It’s more direct, but sincere.

It’s funny that we make a film that has a message Mats want to pass, but somehow Mats put himself into the film.

Mats Grorud: When you want to tell something, strongly, you have to find this balance where you’re not overtelling or showing too much or showing it all the time. It’s our first feature, so we were trying to find exactly this balance: what works, what is too much and what is too little. It is finding the balance where it is subtle, but at the same time, you should not be afraid to show things. I hope we’ve achieved that with the dialogue and the script, and the way we made the scenes and graphics.

At least, some of the most important things, which is about showing people as people, comes through in the film. 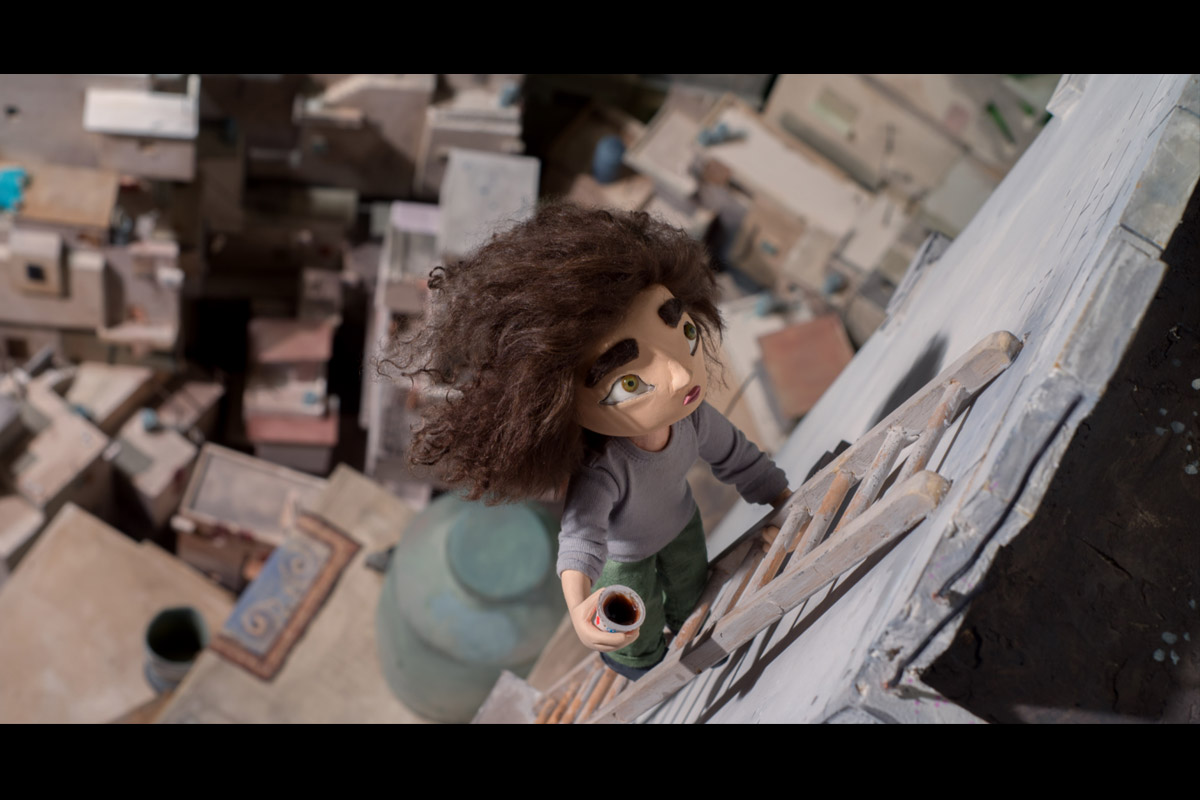 AW: What do you think is the power of animation for telling a factual story?

Mats Grorud: This is a specific story about a specific situation with specific people: the Palestinians being refugees. But I think that, by animating it, you hopefully draw the audience to place themselves into the story.

I think when you choose a medium that people can relate to, they don’t think that it’s just people they don’t know from far away, but instead see somebody that they can relate to in a different way. I think choosing animation can make something universal, and hopefully make people become empathetic to the story in a different way. That way, it is not about them, it becomes a story about us, because the characters and the puppets could be me and they could be you.

Apart from that, animation allows for a different kind of dialogue, and it allows more freedom, which gives you many chances to make people react in telling your story. I think when people see a live action, they have strong ideas on what it should be, since it’s so real. If the dialogue is a little bit strange, they will immediately be put off, they will not relate to it, and they will come out of the story. With animation, the language of the film gives a much wider range of what you can say and how to say it.

Mats Grorud: Right, but I don’t think people have this filter in animation that they would have in live action, because live action is old; they know it.

AW: So, if people watch live action, they feel that it’s a story of a totally different person. If they watch animation, they can dive into the world and immerse themselves into the atmosphere of the people in the story.

Mats Grorud: I think so.

The stories were based on a lot of interviews I did with my friends, and we spoke in English. The English was broken, but I sometimes felt that it become very poetic how people would talk, because Arabic is a very rich language: When they talk in English, and they translate from their mother language, Arabic, in their brain, many times it was beautiful.

There were sentences said that were fantastic. I wanted to bring some of that into the film, and I felt that you couldn’t say it with live action, but it works with puppets, because you don’t have this filter on whether something feels unnatural.